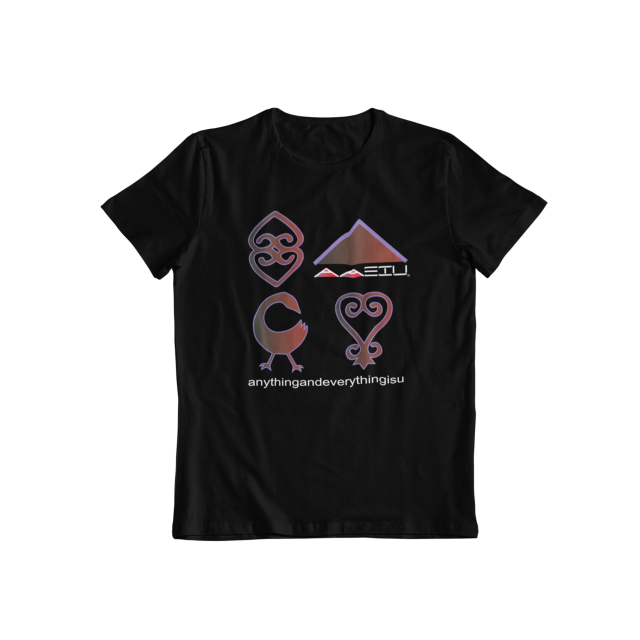 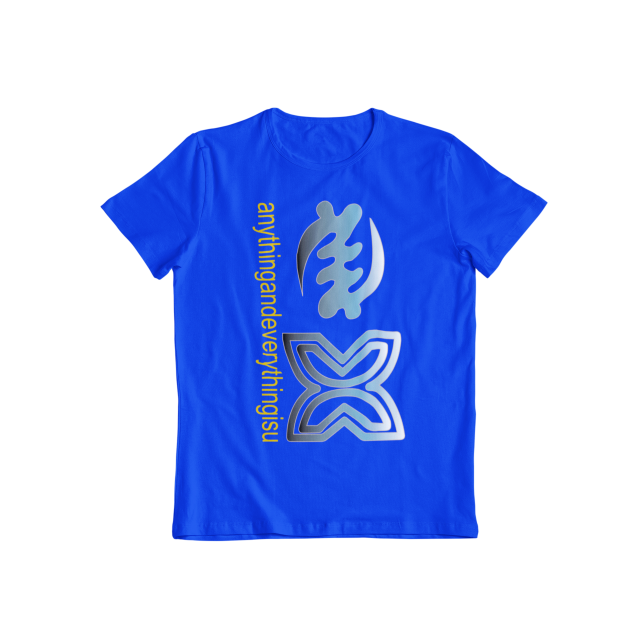 symbol of importance of learning from the past.

symbol of the supremacy of God.

symbol of providence and the divinity of Mother Earth.

Adinkra is a cotton cloth produced in Ghana and Côte d'Ivoire which has traditional Akan symbols stamped upon it. The adinkra symbols represent popular proverbs and maxims, record historical events, express particular attitudes or behavior related to depicted figures, or concepts uniquely related to abstract shapes. It is one of several traditional cloths produced in the region. The other well-known cloths are kente and adanudo.

The symbols were often linked with a proverb, so they convey more meaning than a single word.

These tees come in 100% cotton in either Space Black or CobaltBlue.